Q. I heard that the “flu” virus is nearly non-existent this season. Though our drastic measures surely reduced Covid-19 in the community, why is it that those measures didn’t have as great an impact on the coronavirus as it had on the influenza virus?

A. It is true that many scientists and health professionals in hospital settings were anxious last fall and braced themselves for a possible “twindemic”. This new term would best describe the influx of patients suffering from either, or even both, the ravages of a typical influenza season and the current pandemic and the havoc it would wreak on medical resources. Prior to this coronavirus making its claim to the world, hospitals in many parts of the world had to, at times, stretch their resources to contend with the current year’s strain of influenza. Of course, we never just have to deal with the flu during the winter. There are always many other upper and lower respiratory tract ailments such as pneumonia, bronchitis, other coronaviruses (recall that the common cold is indeed a coronavirus, albeit a less severe form) as well as RSV (respiratory syncytial virus).

In a typical year, worldwide there are on average one billion people that acquire the influenza virus. Of those, three to five million are severe infections and 290,000 to 650,000 people succumb to the virus. Here in Canada, we usually see over 12,000 hospitalized and around 3,500 deaths.

See the illustration below showing the activity of influenza across Canada from April 28, 2019 to May 4, 2019.

It is interesting that the typical seasonal influenza threats were nearly non-existent last spring after a relatively normal start (in terms of number of cases) to what is termed the flu season. In fact, based on the numbers, the season essentially ended in week 12 (this falls in mid-March) which is a full nine weeks earlier than has been typical.

This year has been even better as according to the Globe and Mail, last year Canadian labs were witness to 20,000 influenza cases by this time in 2020 and yet only 55 cases have been detected so far this year. That is a stunning decrease. Another example of the decreased sickness from other sources can be found at Montreal Children’s Hospital who have admitted only 15 children this season due to respiratory tract infections compared to an average of 234 children most other years.

Due to the major decline of cough and colds this season, a factory that produces throat lozenges in Charlottetown, PEI laid off 30 temporary employees last month.

So, the question bears asking; Why didn’t we experience a ‘twindemic’? Likely, the measures that have been implemented to reduce the spread of Covid-19 have also helped curb the spread of the other contagious viruses. This should not come as a surprise since the viruses in question get shared by the droplets that we touch/inhale into our bodies. The masks that we have become so accustomed to seeing on one another, the plexiglass separators at store check-outs, the “one-way” arrows in stores, the obsessive hand sanitizing and hand washing habits, the travel restrictions (well at least for some of us…) and the social distancing rules have all made an impact on the flu season and other seasonal viruses.

It turns out frequently washing our hands, covering our mouths when we cough and staying home when sick might just be good ideas to adhere to every year! Who knew? Yet these same precautions have not been able to virtually eliminate Covid-19 and its variants to anything close to the same extent.  Yes, they definitely help, but we still have more than 1,000 cases a day in Ontario alone and it wasn’t long ago we looked headed towards 6,000 despite our restrictions and this has perplexed many infectious disease experts.

Perhaps, this year, was coincidentally going to be a quieter flu season and combined with the extra measures put in place with the pandemic, we may have reduced it further. That is theoretically possible but more likely it is attributed to the fact that more people than ever received the flu shot this season. Even though the flu vaccine roll-out was a huge disaster in terms of a timely distribution of the doses (perhaps a portent of events to come….?), eventually most people, if not all, that wished to receive the flu shot did receive one this year. Typically, over the last decade or so, somewhere between 29-34% of Canadians receive a flu shot.

While I have been unable to find the numbers for this year, it is expected that the percentage of Canadians who opted to received it will be significantly higher than ever before lending credence to this theory. It’s a strong argument for those who are still hesitant to receive a Covid vaccine that they should opt in. Vaccines work really well.

Another possibility that is being discussed is that the Covid-19 virus is overtaking and crowding out the other viruses in our bodies. Viruses are living organisms and all organisms compete for the limited resources that allow their species to replicate. This occurs in our gardens between weeds and flowers, our lakes between salmon and invasive species like zebra mussels or in our bodies between bacteria (both ones that are good for us and others that are not) and viruses.

Perhaps, the Covid-19 virus is essentially a bully like an invasive weed and is, therefore, forcing out the other usual viruses leaving them to be almost non-existent. This is all theoretical but does seem to make sense. The other factor is that Covid-19 is simply much more easily spread than most other infectious diseases and the new variants arriving on our shores are even more so.

As such, all of our measures are less effective in preventing its spread than they are against the influenza virus for example. Eliminating it altogether was always going to be a near insurmountable task, especially given our late start in recognizing the significance of this new virus before it really took hold in Canada. For more information on this or any other topic, contact your pharmacist. 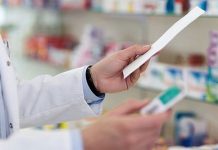