Police were first made aware of the couple during the morning hours on Thursday, June 28. Starting at 8:17 a.m., police were called to the Big Tub Road, Northern Bruce Peninsula for a (silver) Infinity Q50 sedan, with (yellow) rims and out of country licence plate. The suspect vehicle was speeding up the roadway and possibly involved in a motor vehicle collision. The suspect vehicle had left the area before police arrived.

A traffic complaint was reported of a (silver) Infinity sedan speeding, more than twice the posted 80 km/h speed limit, on Highway 6.

At 1:24 p.m. police received another traffic complaint of a (silver) Infinity sedan, with (yellow) rims, speeding southbound on Bruce Road 9 and passing unsafely. At 1:29 p.m. police located the suspect vehicle on Berford Street in Wiarton and activated emergency lights and siren, the vehicle fled from police. The suspect apprehension pursuit was discontinued due to concern for public safety.

At 4:10 p.m. police arrested a male and female and transported them to Bruce Peninsula OPP detachment.

A 26-year-old male of Burlington was charged with the following offences:

In addition, a 41-year-old female of Burlington was charged with the following offences:

Anyone with information that can assist Bruce Peninsula OPP with this investigation can call 1-888-310-1122.

On June 28, 2018 at 2:32 p.m. Bruce Peninsula Ontario Provincial Police (OPP) were called to a motor vehicle collision at the intersection of Highway 6 and Big Tub Road.

The collision involved a (grey) Shuttle Bus carrying two passengers. The Shuttle Bus was stopped at the stop sign at the end of Highway 6, when it was struck from behind by a (blue) Ford F150 pick-up truck.

The two shuttle passengers were treated by Emergency Medical Services at the scene and released. The driver of the pick-up truck was transported to hospital with serious injuries.

Police continue to investigate the collision. Anyone with information that can assist Bruce Peninsula OPP can call 1-888-310-1122.

On June 26, 2018 at 10:44 p.m., the South Bruce Ontario Provincial Police (OPP) received a report of a break and enter at a residence in the 400 block of Concession 14 in Carrick Township. Officers encountered a male at the scene who refused to cooperate with police. A Conductive Energy Weapon (CEW) was used to effect the arrest.   A 29-nine-year-old male of West Grey Township has been charged with trespass at night, unlawfully in a dwelling, disguise with intent and 2 counts of fail to comply with probation. He was held in custody pending the results of a bail hearing scheduled for June 27, 2018.   The investigation has proven that the accused is the only one involved with the break in. 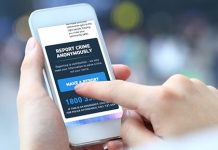 Festive RIDE campaign over for another year