Connecting in person:  It was encouraging to see a strong delegation from the Bruce area at the recent Canadian Nuclear Association 2022 annual conference, a gathering themed “Together for Net Zero.” The municipalities of Kincardine, Saugeen Shores, Huron-Kinloss and Brockton were all represented. So were nuclear companies that operate in the Bruce area, including Ontario Power Generation (OPG), its commercial subsidiary Laurentis Energy Partners, Bruce Power and many others. For attendees’ safety, COVID protocols were in evidence everywhere, including masks. Workshops and panels focused on new nuclear technologies, action on climate change, and advancing reconciliation through Indigenous partnerships. Also at the conference, Laurentis announced an agreement with Fermi Energia to help develop Small Modular Reactors (SMRs) in Estonia.

Concrete action: Construction is well underway on a new OPG facility in Kincardine called Western Clean-Energy Sorting and Recycling, with pouring of the floor slab scheduled in the coming days. As CTV’s Scott Miller reported this week, the facility should be operational in early 2023, employing at least 25 people, to sort nuclear by-products from OPG operations for recycling, processing for volume reductions, or free-release as clean. It’s part of the strategy of OPG’s Nuclear Sustainability Services to embrace the three Rs – reduce, reuse, recycle – and further protect the environment, in alignment with OPG’s Climate Change Plan.

Around Ontario and beyond: 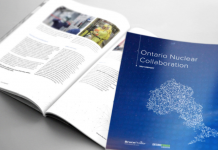 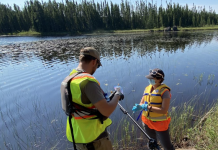 OPG in the Community